Take a stroll through the grounds of the Villas and you'll likely notice very distinct names for each of the buildings. This is a tribute to the iconic Texas families and ranches that helped shape Texas as we now know it. From Waggoner Ranch, which houses more than 1,100 oil wells and provides water for Wichita Falls, to the Pitchfork Land & Cattle Company, spanning 180,000 acres in west central Texas, each ranch has a unique and authentically Texan story to tell.

This tribute embodies what has become the inspiration for The Villas special brand of hospitality; relaxed sophistication. Fire and water features anchor every twist and turn, with lighting hanging effortlessly from the branches of the trees to which The Villas nestle within. The Villas offers guests world class dining and a truly residential feel with its simple, yet elegant accommodations - seamlessly blending relaxed Texas hospitality and approachable luxury. 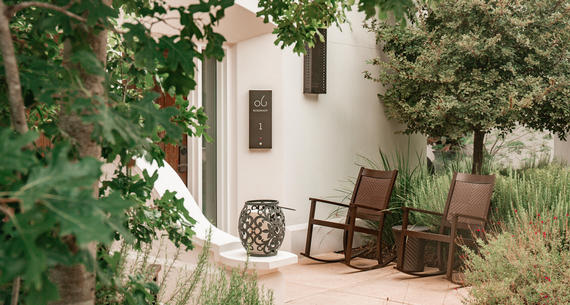 The 06 Ranch is located in the Davis Mountains of West Texas, operating on 130,000 acres under a brand that was first used around 1837 by David L. Kokernot, landowner and scout for Sam Houston during the Battle of San Jacinto. David's two sons, Lee and John, followed him into ranching. Lee's son, Herbert Kokernot, Sr., established a ranch in 1897, running Hereford cattle in the highland country.

Herbert and his uncle jumped a herd of cattle, horses, and cowboys off the train at Murphyville, present day Alpine. It was open range and the cattle grazed in the vast valley. He moved the operation to Lubbock for a few years then solf everything. Returning to Fort Davis in 1912, he purchased land and established the Kokernot 06 Ranch.

Ownership passed to Herbert's son, Herbert Kokernot, Jr., who loved baseball. He founded the semi-pro team the Alpine Cowboys in 1946. Herbert Jr. built the famous Kokernot Baseball Stadium in Alpine, which is still in use today.

The ranch is now managed by the sixth generation grandson Chris Lacy, whose family continues the hundred-year old tradition at the 06 of producing quality beef. They still work the cattle as their ancestors did, with 16 cowboys and a remuda (herd) of over 100 horses employed in the month-long roundups they undertake twice a year.

Chris' wife, Diane, is an award-winning photographer whose images of life on the Kokernot ranch record and preserve its distinguished heritage.

The JA is the oldest privately-owned ranch in the Texas panhandle, and at its peak encompassed 1.3 million acres. Charles Goodnight, co-founder of the Goodnight-Loving Trail, provided the ranching expertise. John Adair, an Irish born financier from New York, fronted the capital to buy huge tracts of land in the panhandle. Creating one of the most beautiful and well run longhorn ranches of its time.

In 1887, two years after John Adair's death, his widow Cornelia Ritchie Adair bought out Goodnight's share. Goodnight decided "he was sick of land and cattle." Cornelia gave the ranch to her son, Jack, but remained keenly interested in its management. Jack was a cowboy on the JA in his early years but it was his son, Montie Ritchie, who assumed responsibilty of running the Ranch during the Great Depressior'!. The JA weathered the hard years, sold off acreage, and continued to thrive. It is now operated by Montie's daughter, Cornelia (Ninia) Wadsworth Ritchie, her son Andrew Bivins, and partners Jay O'Brien and Dale Smith. Angus cows crossed with Charolais bulls have now replaced the previous Hereford herd. The JA also breeds all of its own ranch horses. Ninia has been inducted into the Cowgirl Hall of Fame for her dedication to the preservation and continued success of this historic ranch. 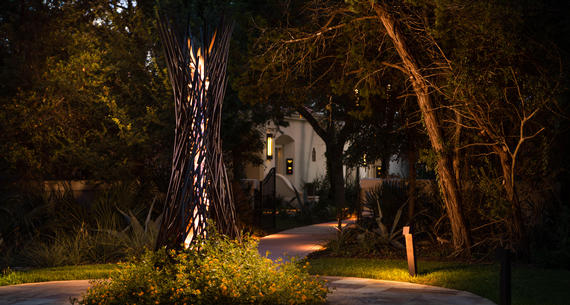 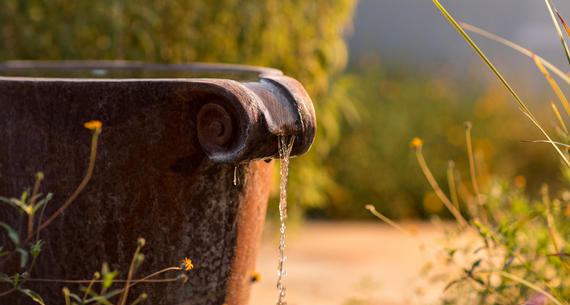 Now covering some 130,000 acres, the Matador runs a herd of 3,700 cattle under the Flying V brand. Traditional Hereford cattle have been supplemented by a "smoky" Charolais cross, the product of mating Angus-mix Black Baldy cows with Charolais. The horses of the Matador remuda (herd) were awarded the honor of Best Remuda by the American Quarter Horse Association in 2013. The Ranch has also received the 2010 "Outstanding Rangeland Stewardship Award" and additional awards honoring its exemplary land stewardship practices. As large as it is, the Matador community is a tightknit family. Fourth and fifth generation cowboys are working the same land as their ancestors, proud of a hard-won reputation for quality cattle and exceptional horses.

Established in 1852, the ranch was primarily used to raise crops, Longhorn cattle and horses. Oil production soon followed. In spite of its staggering size of over one million acres, it is the largest ranch under one continuous fence in the United States. The Waggoner was established by Dan Waggoner who, along with his son W.T., continued to add to its holdings by buying contiguous tracts of land across six counties. The Ranch was passed to W.T. (Tom) Waggoner's three chi!dren in 1909, with the stipulation that it couldn't be divided. This led to a ninety some year Texas-sized family feud and finally resulted in the ranch being sold to businessman Stan Kroenke in 2016. The asking price was reputedly north of $725 million dollars. In 1902, Tom Waggoner found oil while drilling for water. Today over 1,100 oil wells dot the property, while one of the lakes on the ranch provides water for the city of Wichita Falls. This multi-faceted business includes more tha 6,000 head of cattle and a large remuda (herd) of award-winning quarter horses.

The history of the Waggoner is intertwined with that of Texas, and remains one of the most fascinating in the state. 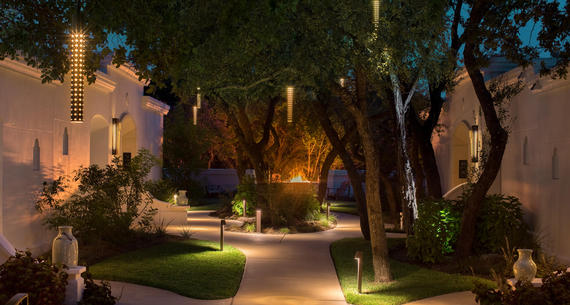 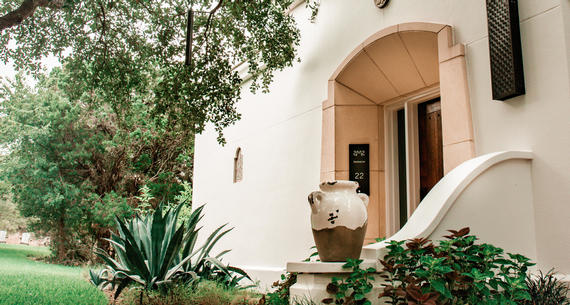 When Swante M. Swenson immigrated to America from Sweden in 1836, it wasn't to become a rancher. He came to Texas to run a merechantile business with his uncle. He also acquired Texas railroad land certificates which allowed him to file claim on any unclaimed state land. By 1860, he owned almost half a million acres in Northwest Texas. Swenson paid for many Swedish families to immigrate to Texas and they repaid their passage by working for him on the cattle ranch. Beginning a long-standing, rich heritage in Texas, the SMS brand was chosen for Swenson's initials and registered in 1882. The land holdings were leased to his two sons, Eric and Albin, who operated as the Swenson Brothers Cattle Company. The company is still run by direct Swenson family descendants who are breeding Hereford and Black Baldy cattle. The family has reinstated traditional ranch practices such as the use of a horse drawn chuck wagon during branding and weaning, keeping their 152 year heritage alive.

Andrew Briscoe came to Texas about 1832. His is the last signature on the Texas Declaration of lndependence. Around 1910 his son, Dolph Briscoe, Sr., set out from Fort Bend County looking for good, strong ranch country. Dolph Briscoe, Sr. had seen his fair share of profit and loss, going broke several times before buying 35,000 acres of the Catarina Ranch in 1939. It was the first in a series of acquisitions that would eventually be passed down to his son. In 1954, Dolph Briscoe, Jr. inherited 190,000 acres from his father who had been ranching in Texas for almost half a century. Dolph Briscoe, Jr. more than tripled the size of the family holdings and with 640,000 acres, became the largest individual land owner in Texas. He served In the Texas Legislature, first as a Representative and then as from 1973 to 1979.

The Briscoe ranch is still family owned; the legacy passing to Dos Junior’s three children upon his death in 2010. They run 15,000 head of cattle and still have a heard of angora goats which, in former years, proved to be more profitable than cattle. The Briscoe family are active philanthropist, providing several generous endowments which included helping to found the Briscoe western art museum on the Riverwalk here in San Antonio. 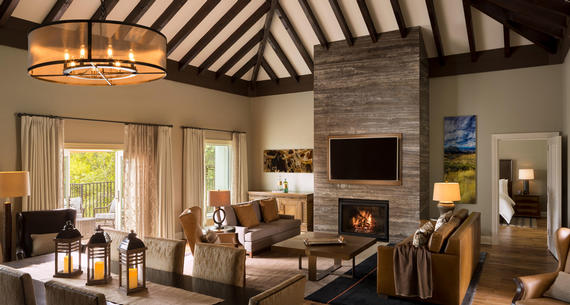 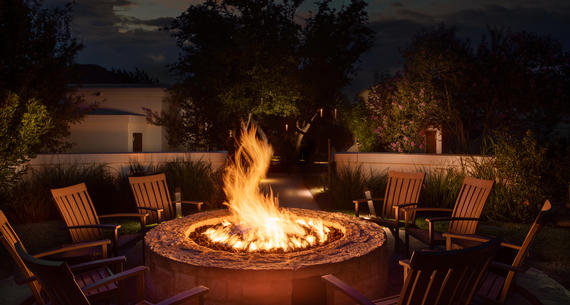 The Escalera ranch sprawls over 260,000 acres and is one of the largest in Texas. The Fort Stockton Division is located south of Fort Stockton near Comanche Springs, on the Comanche Trail. The Seymour Division is located near Seymour, Texas, where the Western Trail crossed the Brazos River. In 1879, ranching and farming began in the area. Most settlers were driven out by the Comanches until the Texas Rangers stepped in and peace was brought to the area. Founder Gerald Lyda was a native of Burnet county. He broke horses, worked cattle, and even tried his hand at saddle-making before leaving the ranching business to become the biggest general contractor in Texas. Lyda returned to his love of ranching with the purchase of the 380,000-acre Ladder Ranch in New Mexico, which he then traded in 1992. Part of the trade included acquiring the 100-year old Elsinore Ranch near Fort Stockton which Lyda renamed Escalera, Spanish for "ladder". The Lyda family now runs a Black Angus cattle operation on this land.

The pitchfork ranch has been in continuous operation by the Williams family for well over 100 years. The ranch covers 180,000 acres in west central Texas, with a smaller spread in Oklahoma. It has survived the vagaries of weather in cattle depressions to hold its place as one of the states premier ranches. No other ranch in Texas can boast being larger today than it was during its initial years.The business still focus is on cattle, with Angus, Hereford and Black Baldy cows. The pride of the operation, however, are the Pitchfork Grays. These gray horses with black mains and tails are as much a symbol of the pitchfork as the brand itself. The remote is heard fame has spread beyond the pasture to the rodeo arenas, and the polo fields around the world.Changing times have brought diversification with oil exploration, farming, horses and hunting all contributing to the core cattle operation. While modern times change, the brand stays true to its roots and the Cowboys still eat at the same table as the hands who worked the forks a century ago. 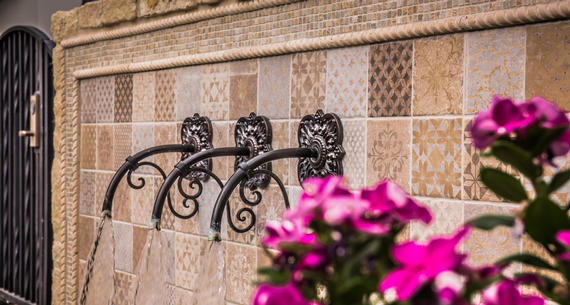 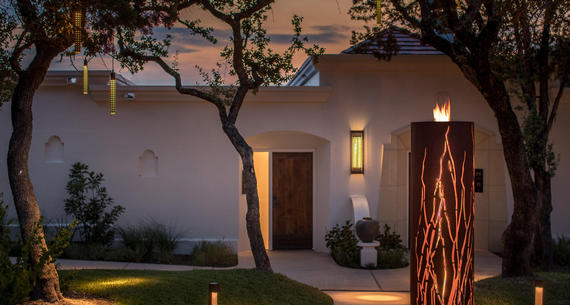 The Reynolds Cattle Company had its inception in the years immediately following the Civil War. In 1868 George Thomas and William David Reynolds formed a partnership and adopted the Long X as their brand. They put together ranches in several counties which formed the basis of the company that was incorporated in 1884. They purchased 232,000 acres of land in Jeff Davis county and in 1895 established the Kent Ranch. At the tum of the century, the Reynolds Company owned land in nine Texas counties and four other States. Over the years, the original Kent Ranch has been divided, but each part is still owned by descendants of one of the two Reynolds brothers. On land that has been in the family for over a hundred years, they run Hereford cattle which occasionally rub shoulders with a small herd of buffalo from the Goodnight Ranch herd that have roamed the property for decades. The Long X is unusual in that it owns and surrounds the town of Kent. This was once a thriving community in the 1960s with a post office and a public school, but has since been largely abandoned.

The Yturria ranches are owned and operated by the descendants of Francisco Yturria, the only Mexican born founder of the large Texas ranches of the 19th century. He came to Texas as a young man in 1848 to work as a merchant's apprentice. Within a few short years, he had established his own mercantile business and founded the first bank in South Texas.

Yturria went on to make his fortune during the Civil War in the cotton trade with Richard King of the King Ranch. Yturria and King, along with others, founded the areas first rail road. He was a colorful figure who played a role in both Mexico and Texas in the middle years of the 19 century; a time of great political turmoil.The Yturria ranch has remained virtually intact for over 150 years, covering more than 150,000 acres across five counties. In addition to the original Texas longhorn, other breeds in the cattle operation includes Santa Gertrudis and Beefmaster. The ranch now makes much of its revenue from native wild game hunts. Exotics have also been added to the carefully managed wild game program, including the Nilgai antelope, Oryx, and  free range elk. 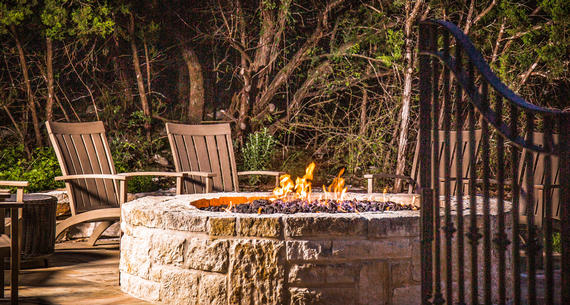